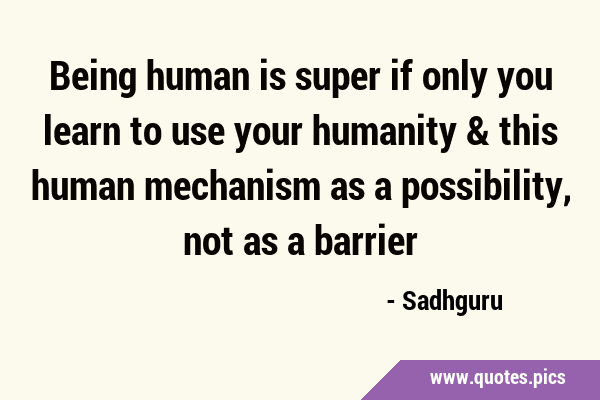 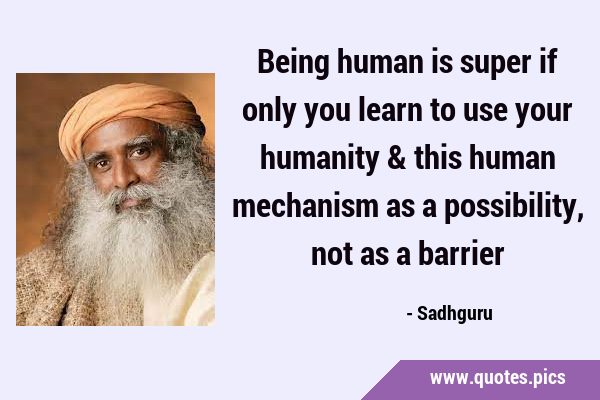 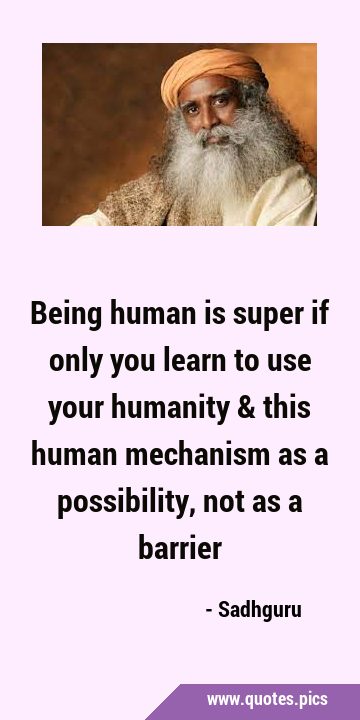 “ Being human is super if only you learn to use your humanity & this human mechanism as a possibility, not as a barrier ”

Being human means having the possibility to consciously shape yourself.

Most human beings live like a bird in a cage whose door is blown away. Too busy gold-plating the cage to soar to their ultimate possibility.

If you allow life to happen to you in its utmost possibility, enlightenment is a natural flowering

Don't equate being human with having limitations. Only because you are human, you have the possibility to go beyond all limitations

The essence of being human is that one does not seek perfection.