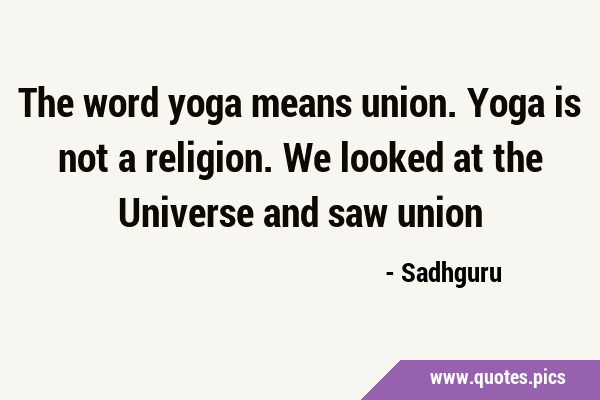 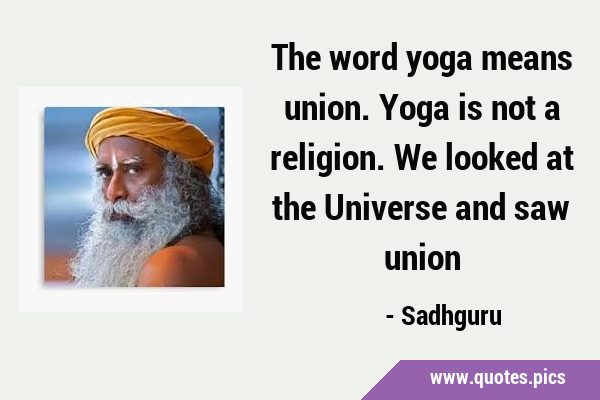 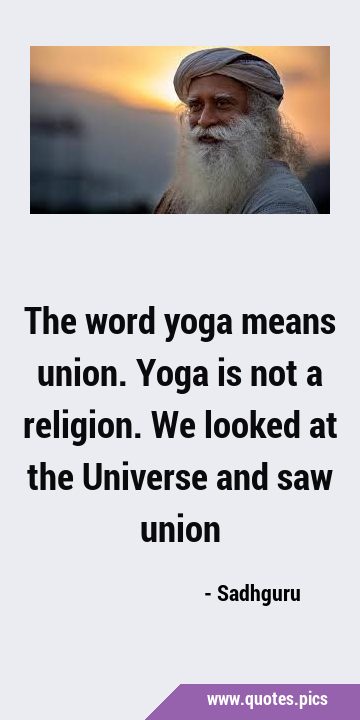 “ The word yoga means union. Yoga is not a religion. We looked at the Universe and saw union ”

Yoga means experiencing everything as a part of yourself

The corruption of religions comes from turning them to mere words and appearances.

Yoga predates religion; beyond religious divide, yoga is the science of well-being.

There are all kinds of idiots on the planet, but the so-called religious and spiritual idiots take the cake anywhere in the world.

The easy confidence with which I know another man's religion is folly teaches me to suspect that my own is also.