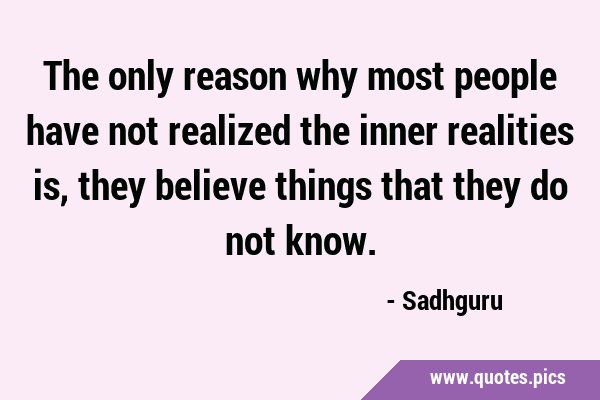 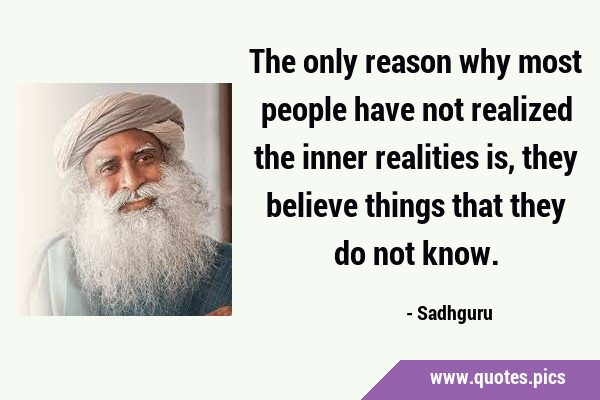 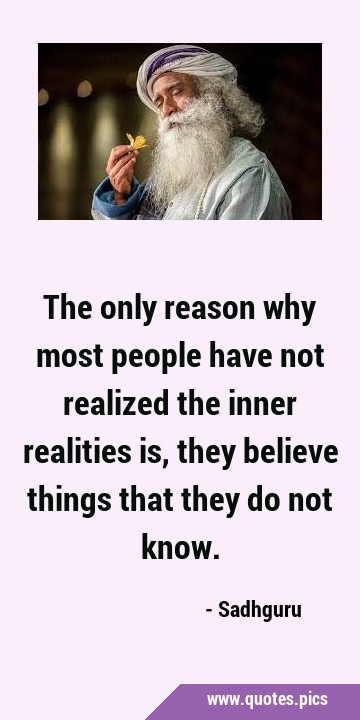 “ The only reason why most people have not realized the inner realities is, they believe things that they do not know. ”

Between you and the ultimate reality there is only one barrier, that is yourself.

The reminder of one's mortality has always been the fundamental force behind the human search for something beyond. If they never knew that they would die, nobody would seek spirituality.

The unfortunate reality is that most people will know peace only with death- "Rest in Peace". It is time we do something about it in life

Reality is that which, when you stop believing in it, doesn't go away.