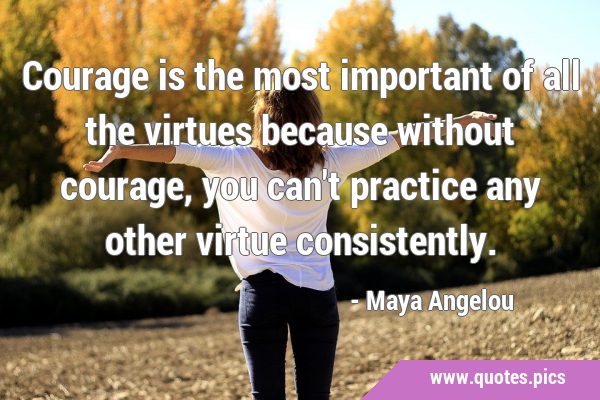 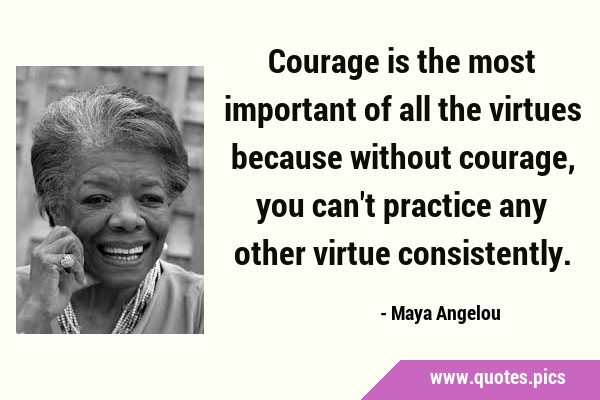 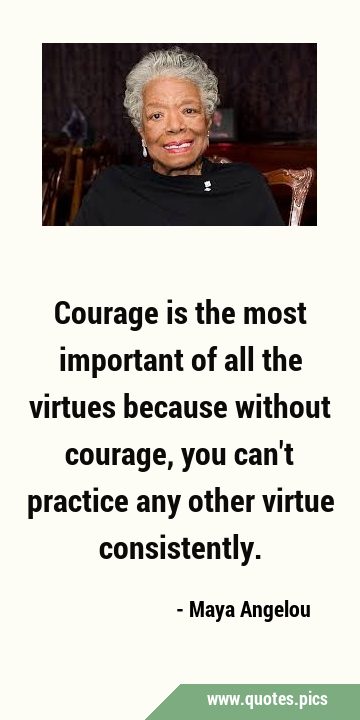 “ Courage is the most important of all the virtues because without courage, you can't practice any other virtue consistently. ”

It is curious that physical courage should be so common in the world and moral courage so rare.

Courage is not simply one of the virtues but the form of every virtue at the testing point, which means at the point of highest reality.

Meet everybody and every circumstance on the battlefield of life with the courage of a hero and the smile of a conqueror.

Confront the dark parts of yourself, and work to banish them with illumination and forgiveness. Your willingness to wrestle with your demons will cause your angels to sing.

You will always be fond of me. I represent to you all the sins you never had the courage to commit.