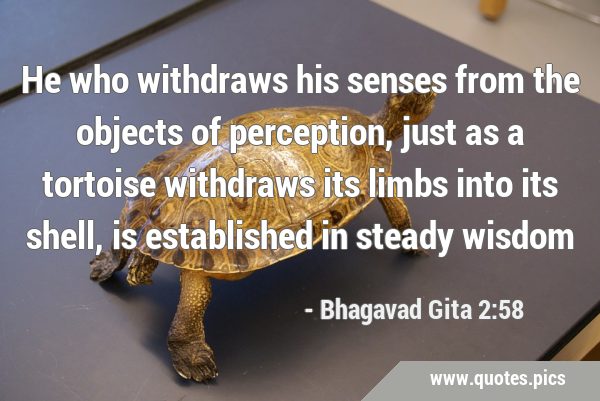 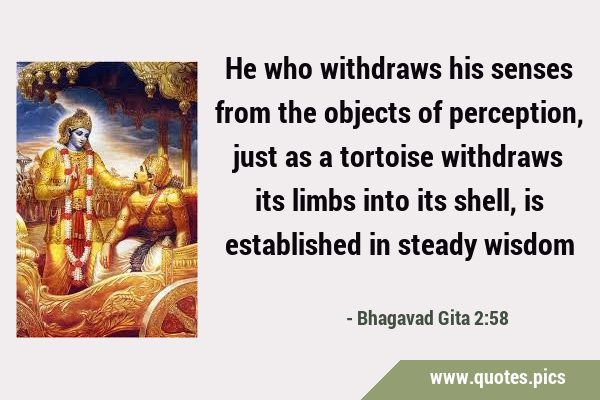 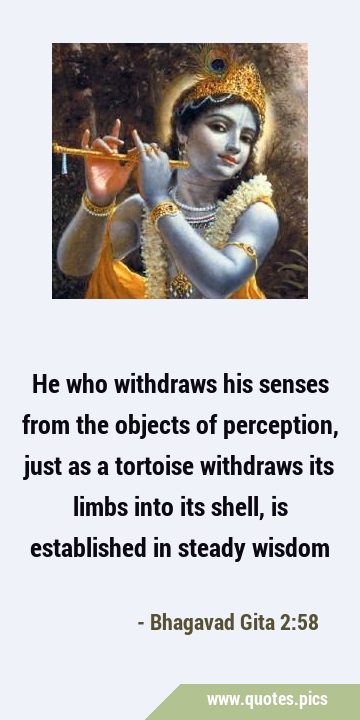 “ He who withdraws his senses from the objects of perception, just as a tortoise withdraws its limbs into its shell, is established in steady wisdom ”

One who has restrained the senses from their objects is firmly established in wisdom.

He is full with contentment who absorbs all desires within, as the brimful ocean remains unmoved by waters entering into it

The man of self-control, roaming among material objects with subjugated senses, and devoid of attraction and repulsion, attains an unshakable inner calmness

The ideas of heat & cold, pleasure & pain, are produced by the contact of the senses with their objects. Such ideas are limited by a beginning & an end, they are transitory, bear them with patience

He who is undisturbed by anxiety under afflictions, nor attached to happiness under favorable circumstances; he who is free from worldly loves, fears & anger- is called a sage of steady wisdom