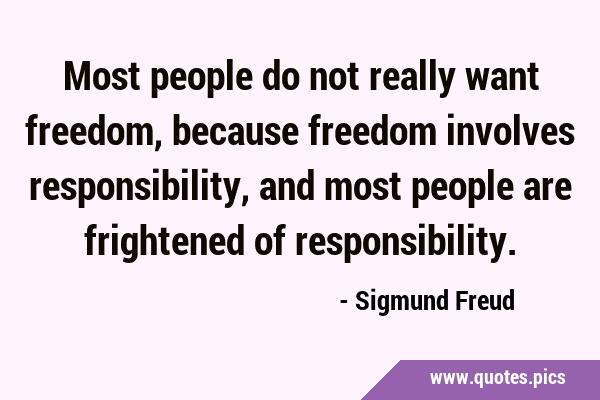 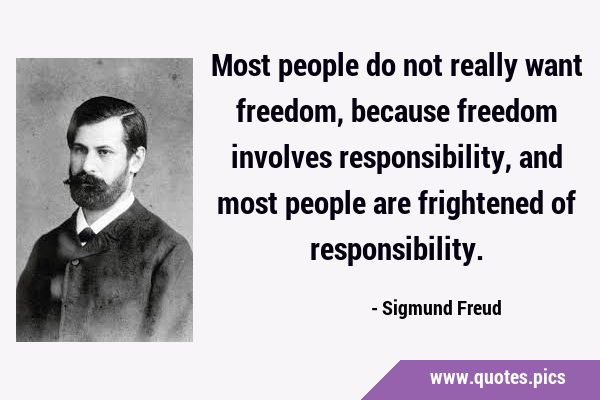 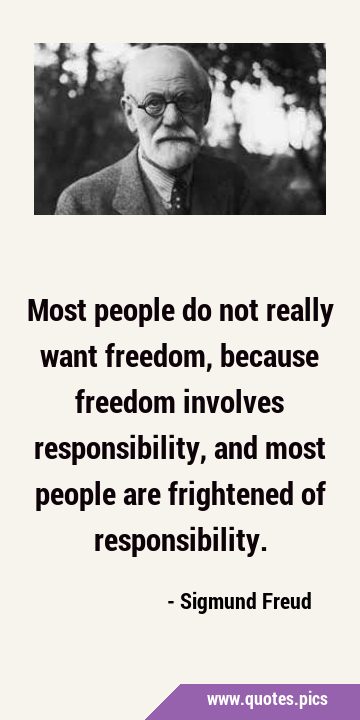 Source: Civilization and Its Discontents

Most people will not step into tomorrow because they hold on to yesterday.

Liberty means responsibility. That is why most men dread it.

The really important kind of freedom involves attention, and awareness, and discipline, and effort, and being able truly to care about other people and to sacrifice for them, over and over, in myriad petty little unsexy ways, every day.

The human race is a monotonous affair. Most people spend the greatest part of their time working in order to live, and what little freedom remains so fills them with fear that they seek out any and every means to be rid of it.

People have a completely messed up idea of what freedom is. Giving in to your compulsions is not freedom

Your mind is like a bird that has been locked in a cage for many years. It fears liberty. Yet, freedom is its birthright.