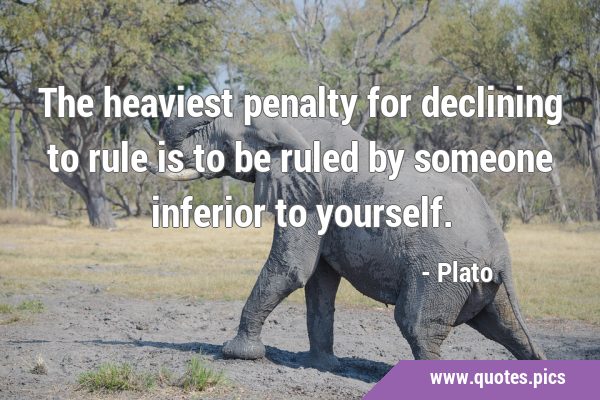 “ The heaviest penalty for declining to rule is to be ruled by someone inferior to yourself. ”

One of the penalties of refusing to participate in politics is that you end up being governed by your inferiors.

I have left orders to be awakened at any time during national emergency, even if I'm in a cabinet meeting.

If we ever forget that we're one nation under God, then we will be one nation gone under.

The visionary lies to himself, the liar only to others.

The best thing about the future is that it comes one day at a time.

You're in America now... Our idea of diplomacy is showing up with a gun in one hand and a sandwich in the other and asking which you'd prefer.