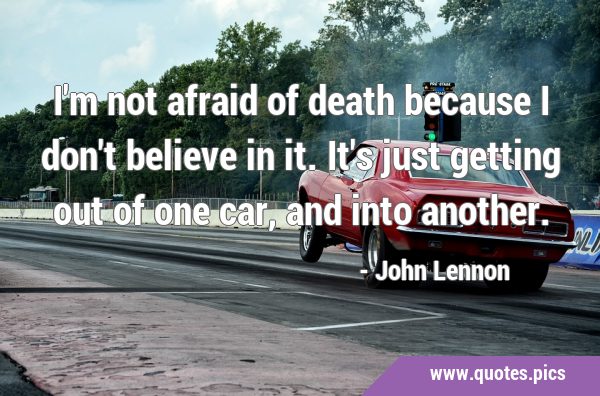 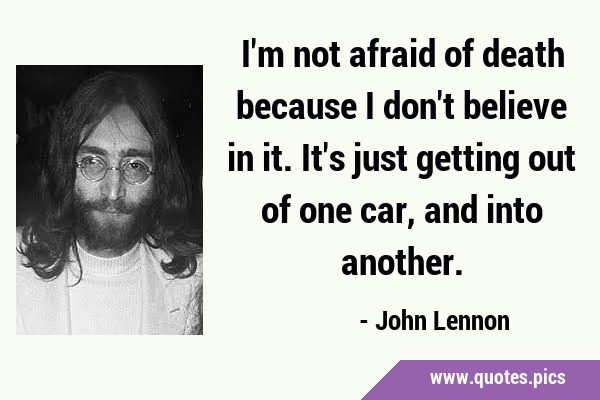 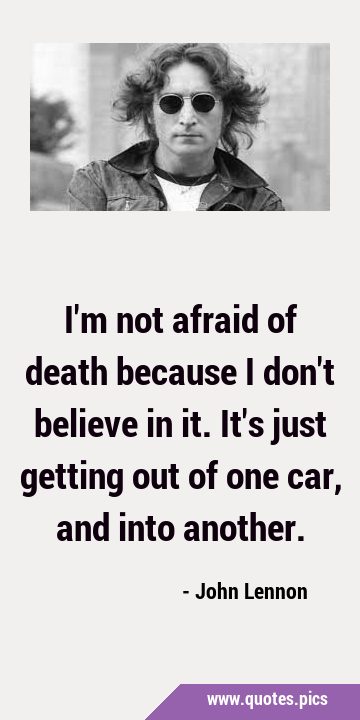 “ I'm not afraid of death because I don't believe in it. It's just getting out of one car, and into another. ”

I'm not afraid of death; I just don't want to be there when it happens.

You do not immortalize the lost by writing about them. Language buries, but does not resurrect.

There is no such a thing as Death, Death is a fiction of the unaware, there is just Life, Life and Life moving from one dimension to another

The whole art of being a Guru is just this: to constantly puncture people's ego and still manage to remain their friend.

To face death itself should not daunt you. Fear of death is ridiculous, because as long as you are not dead you are alive, and when you are dead there is nothing more to worry about

It is said that your life flashes before your eyes just before you die. That is true, it's called Life.