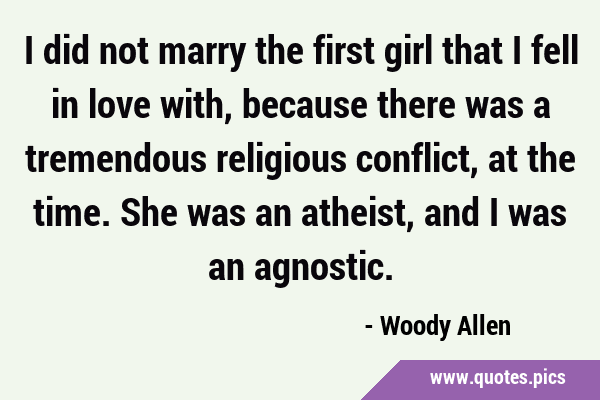 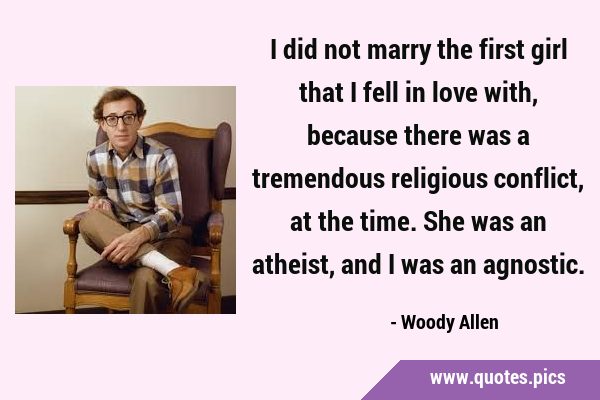 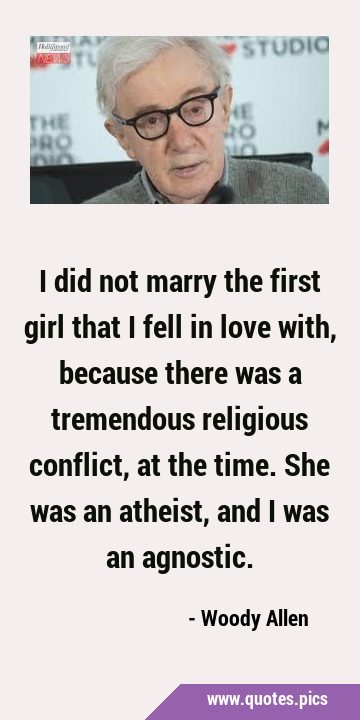 “ I did not marry the first girl that I fell in love with, because there was a tremendous religious conflict, at the time. She was an atheist, and I was an agnostic. ”

There is not enough love and goodness in the world to permit giving any of it away to imaginary beings.

The easy confidence with which I know another man's religion is folly teaches me to suspect that my own is also.

The Christian does not think God will love us because we are good, but that God will make us good because He loves us.

Man suffers only because he takes seriously what the gods made for fun.

For God so loved the world, that he gave his only begotten Son, that whosoever believeth in him will believeth in anything.