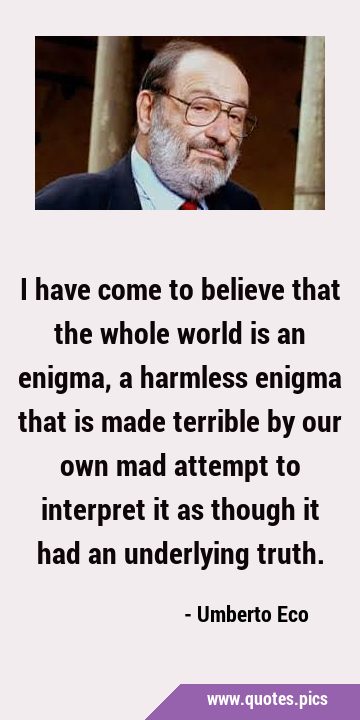 “ I have come to believe that the whole world is an enigma, a harmless enigma that is made terrible by our own mad attempt to interpret it as though it had an underlying truth. ”

You will never do anything in this world without courage. It is the greatest quality of the mind next to honor.

The trouble with the world is not that people know too little; it's that they know so many things that just aren't so.

There is no security anywhere in this world; at any time your consciousness may be forced to give up the body by disease or misfortune

Nothing in this world is harder than speaking the truth, nothing easier than flattery.

The only way to deal with an unfree world is to become so absolutely free that your very existence is an act of rebellion.

To live and operate in the world, you may have to identify with something. Play with your identifications - don't let them rule you.