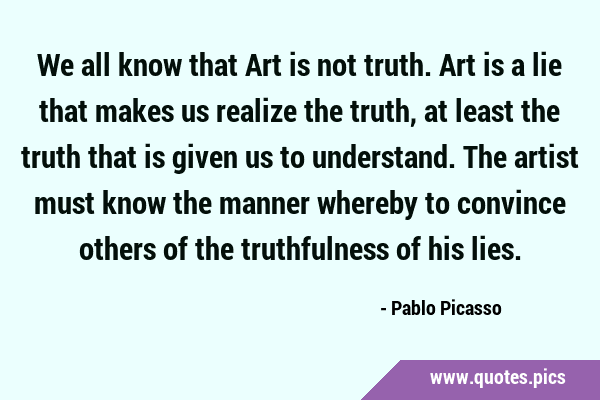 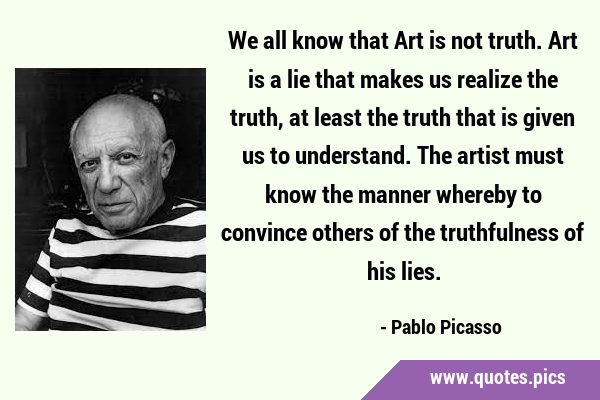 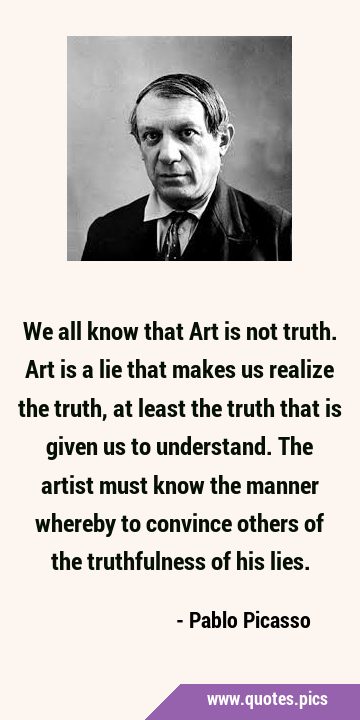 “ We all know that Art is not truth. Art is a lie that makes us realize the truth, at least the truth that is given us to understand. The artist must know the manner whereby to convince others of the truthfulness of his lies. ”

Art is the lie that enables us to realize the truth.

Just because something isn't a lie does not mean that it isn't deceptive. A liar knows that he is a liar, but one who speaks mere portions of truth in order to deceive is a craftsman of destruction.

When no one you know tells the truth, you learn to see under the surface.

If you do not tell the truth about yourself you cannot tell it about other people.

Artists use lies to tell the truth. Yes, I created a lie. But because you believed it, you found something true about yourself.