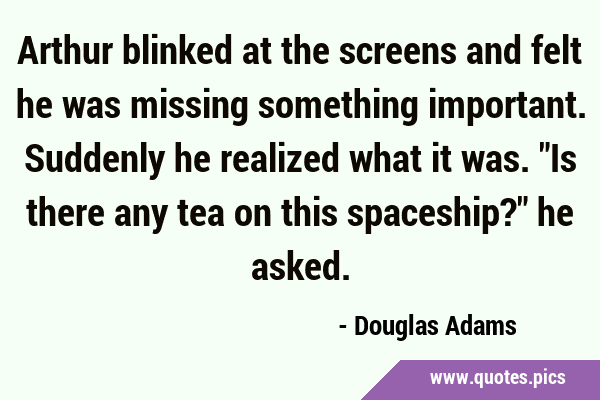 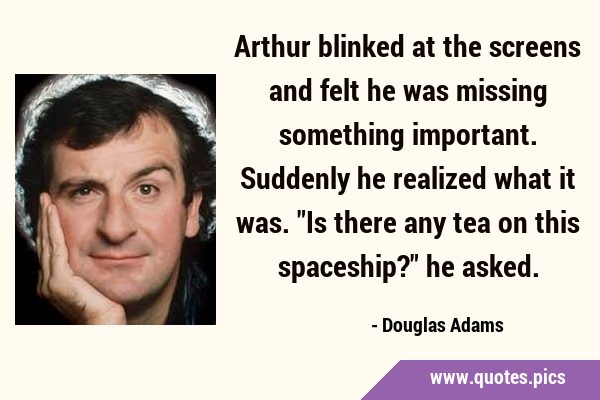 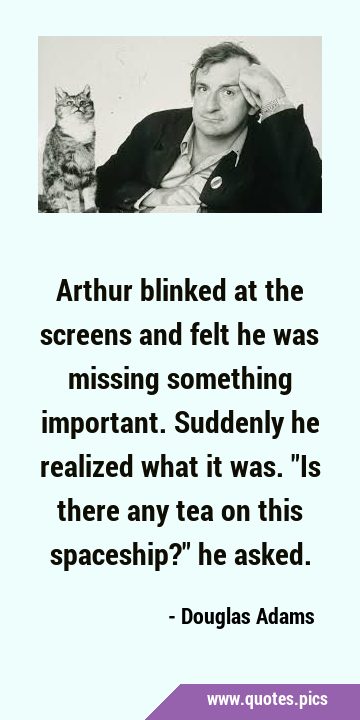 “ Arthur blinked at the screens and felt he was missing something important. Suddenly he realized what it was. "Is there any tea on this spaceship?" he asked. ”

Source: The Hitchhiker's Guide to the Galaxy

The only reason why we ask other people how their weekend was is so we can tell them about our own weekend.

An intellectual is a person who has discovered something more interesting than sex.

Now, the trouble about trying to make yourself stupider than you really are is that you very often succeed.

If cats looked like frogs we'd realize what nasty, cruel little bastards they are. Style. That's what people remember.

Adam was but human- this explains it all. He did not want the apple for the apple's sake, he wanted it only because it was forbidden. The mistake was in not forbidding the serpent; then he would have eaten the serpent.