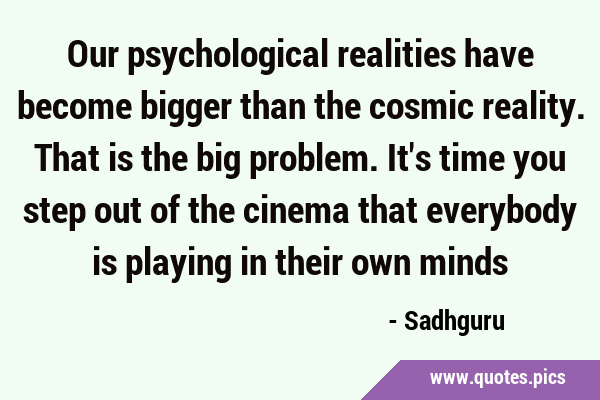 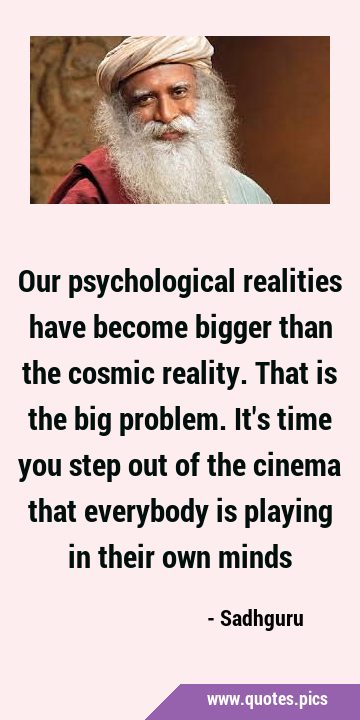 “ Our psychological realities have become bigger than the cosmic reality. That is the big problem. It's time you step out of the cinema that everybody is playing in their own minds ”

You will never do anything in this world without courage. It is the greatest quality of the mind next to honor.

We have made such a distinction between man and woman as if they are two separate species, no other creature on the planet has this kind of problem with their sex, as the humans have. When they have it in their bodies, they have it, but with humans it is on their minds all the time

New is a trap, old is a cesspool. If you jump out of the cesspool into a new trap, that's not going to help

Life is infinitely stranger than anything which the mind of man could invent.