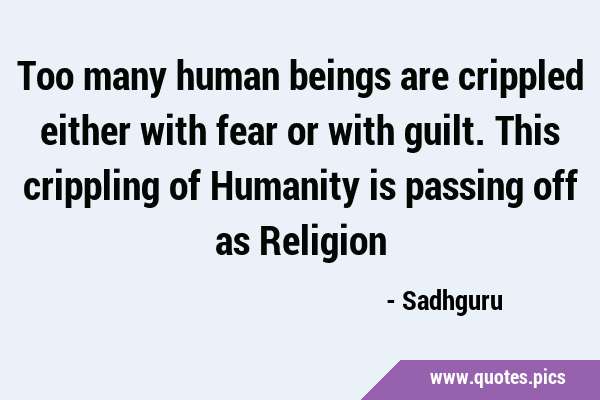 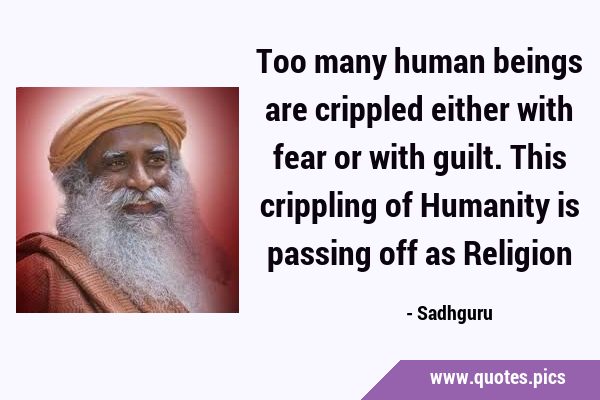 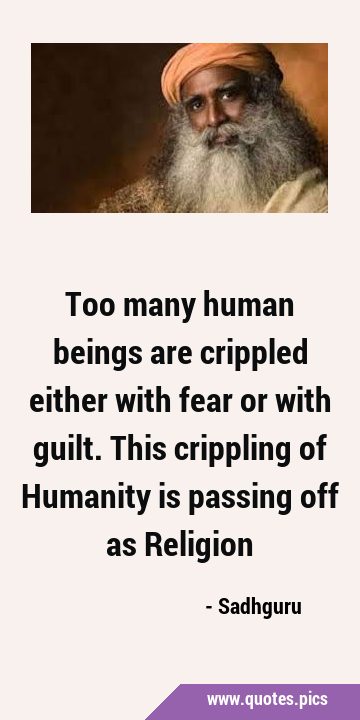 “ Too many human beings are crippled either with fear or with guilt. This crippling of Humanity is passing off as Religion ”

Truths are not truths to you unless you realize them within yourself. Without realization, they are just ideas.

For me, it is far better to grasp the Universe as it really is than to persist in delusion, however satisfying and reassuring.

Every step has become half a step for a large part of humanity because the fear of suffering has crippled them. Let it be a full stride always.

It is the unknown we fear when we look upon death and darkness, nothing more.

only when a human being is in a very extended periods of joyfulness, blissfulness, he will stretch himself to the limits & do what he could do to the fullest. When he's in competition, when he's in fear of failure, he will only do little better than somebody else. So, the human genius is completely missing today. You're destroying the human genius

When heaven-sellers lose the market, the drug-sellers will gain. In this cusp, making Humanity Conscious enough to experience nameless ecstasies of one's interiority is the challenge of our times