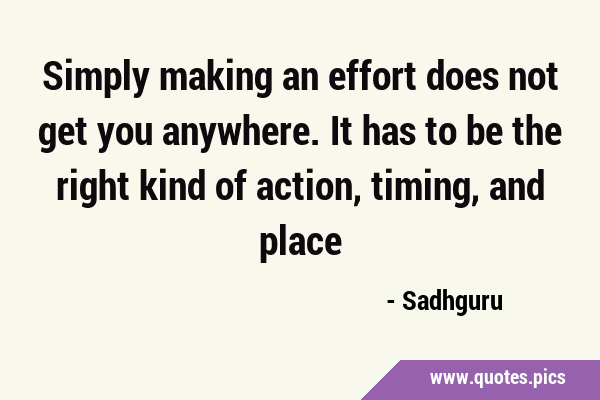 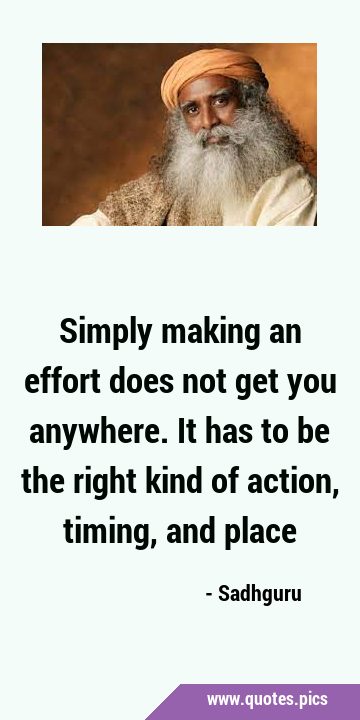 “ Simply making an effort does not get you anywhere. It has to be the right kind of action, timing, and place ”

Don't confuse poor decision-making with destiny. Own your mistakes. It's ok; we all make them. Learn from them so they can empower you!

Continuous effort - not strength or intelligence - is the key to unlocking our potential.

Perform all actions forsaking attachment to the fruits of actions, being indifferent to success and failure. Such mental equanimity is called Yoga

Action may not always bring happiness, but there is no happiness without action.