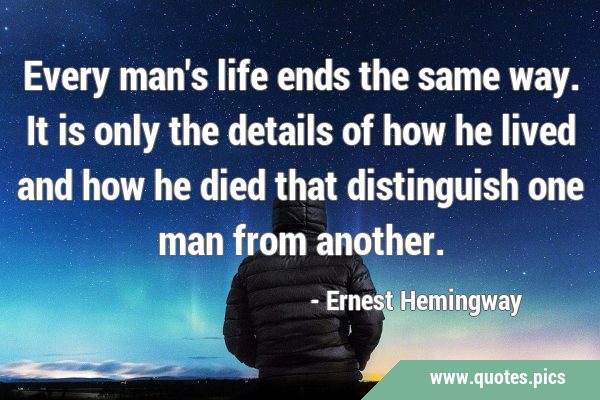 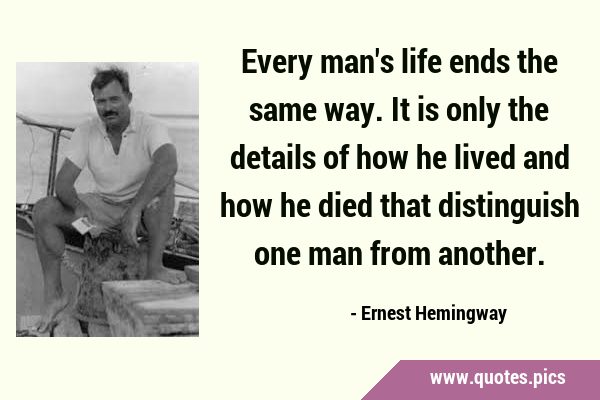 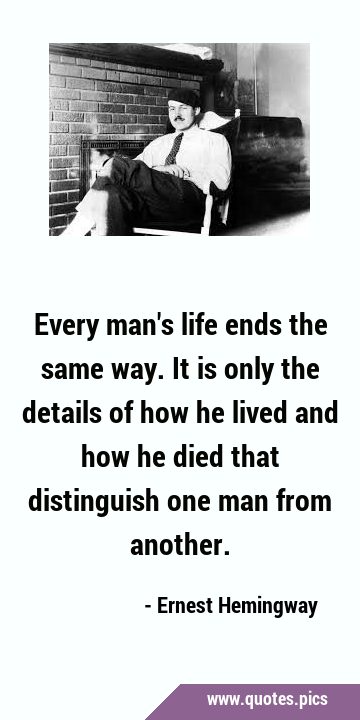 “ Every man's life ends the same way. It is only the details of how he lived and how he died that distinguish one man from another. ”

Life is for the living. Death is for the dead. Let life be like music. And death a note unsaid.

There is no such a thing as Death, Death is a fiction of the unaware, there is just Life, Life and Life moving from one dimension to another

In the end, all men die. How you lived will be far more important to the Almighty than what you accomplished.

People come in and out of your life. For a time they are your world; they are everything. And then one day they're not. There's no telling how long you will have them near.