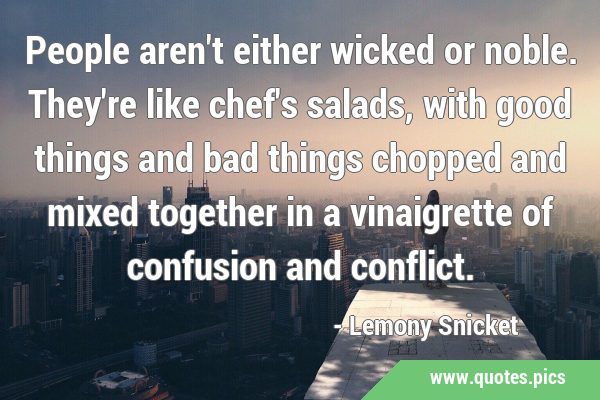 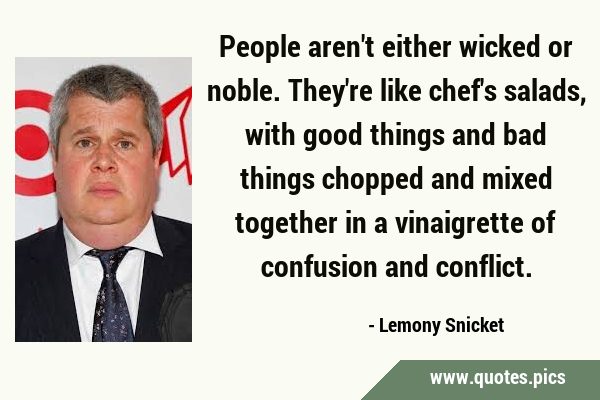 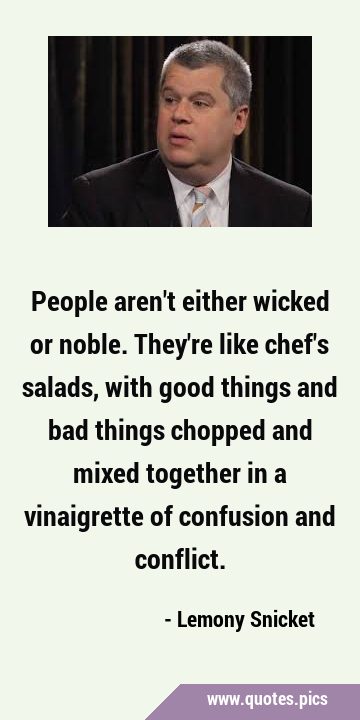 “ People aren't either wicked or noble. They're like chef's salads, with good things and bad things chopped and mixed together in a vinaigrette of confusion and conflict. ”

Most people are other people. Their thoughts are someone else's opinions, their lives a mimicry, their passions a quotation.

Too many people live their lives acting and pretending, wearing masks, and losing themselves in the process.

People that have trust issues only need to look in the mirror. There they will meet the one person that will betray them the most.

But you can't make people listen. They have to come round in their own time, wondering what happened and why the world blew up around them. It can't last.