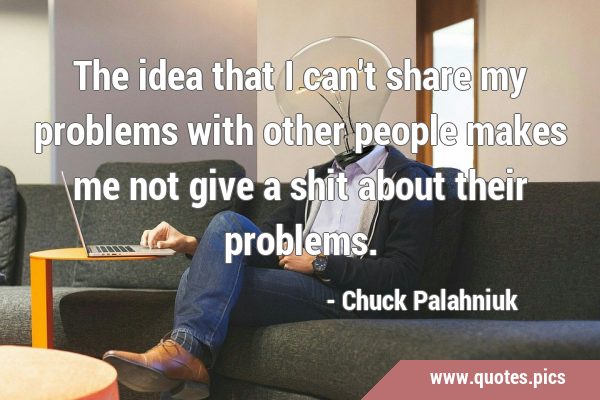 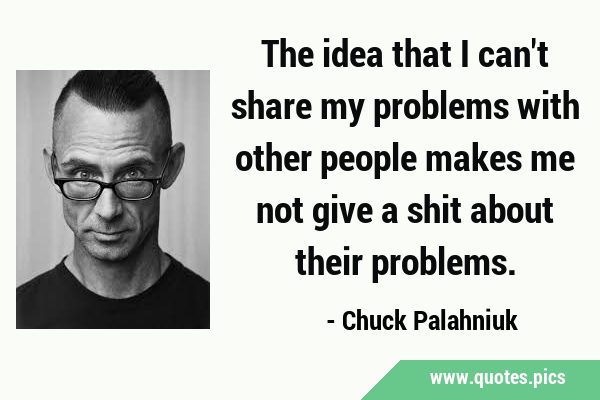 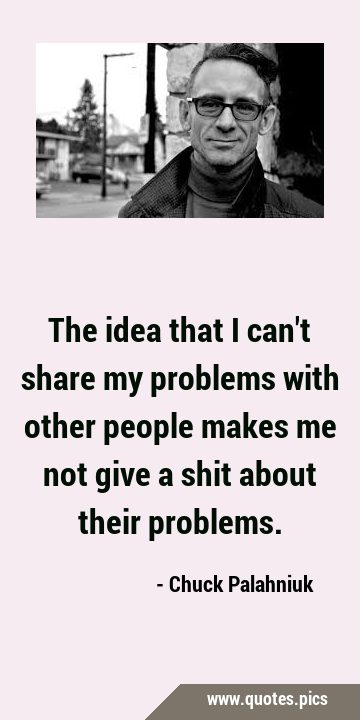 “ The idea that I can't share my problems with other people makes me not give a shit about their problems. ”

Do you know that one of the great problems of our age is that we are governed by people who care more about feelings than they do about thoughts and ideas.

Light travels faster than sound. This is why some people appear bright until you hear them speak.

Somewhere along the way in your life, the world and its people will have a problem with you. That's their problem. Not yours.

Two things are infinite: the universe and human stupidity; and I'm not sure about the universe.

Do you know that you will also die? (I'm asking) because most people believe that other people die. Intellectually they know, but they think they are forever.