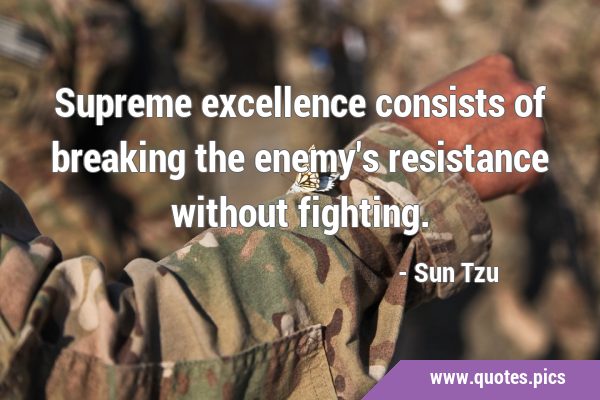 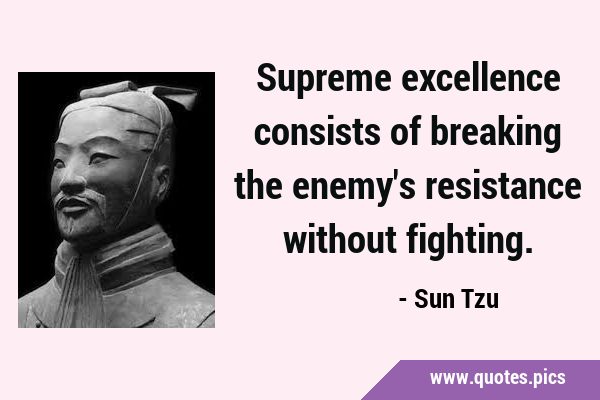 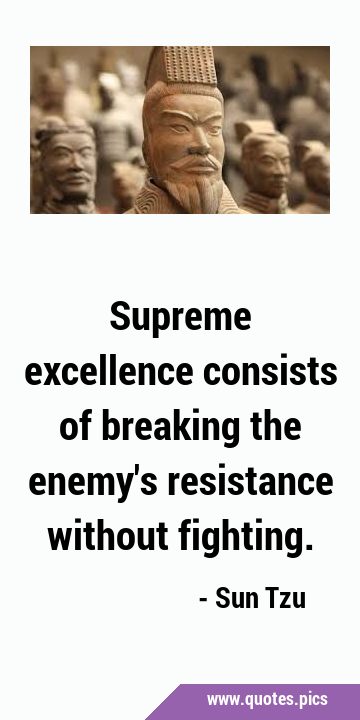 “ Supreme excellence consists of breaking the enemy's resistance without fighting. ”

The supreme art of war is to subdue the enemy without fighting.

When there is no enemy within, the enemies outside cannot hurt you.

The end and object of conquest is to avoid doing the same thing as the conquered.

The nuclear arms race is like two sworn enemies standing waist deep in gasoline, one with three matches, the other with five.

The truth is the greatest enemy of the State.

The greatest enemy is one that has nothing to lose.