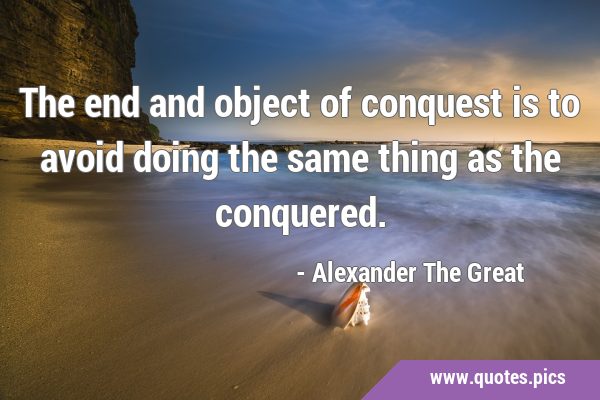 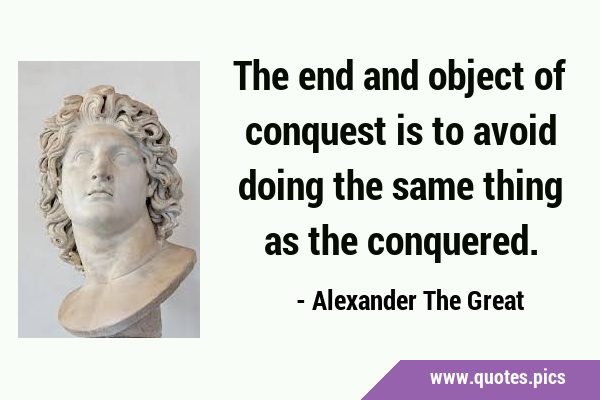 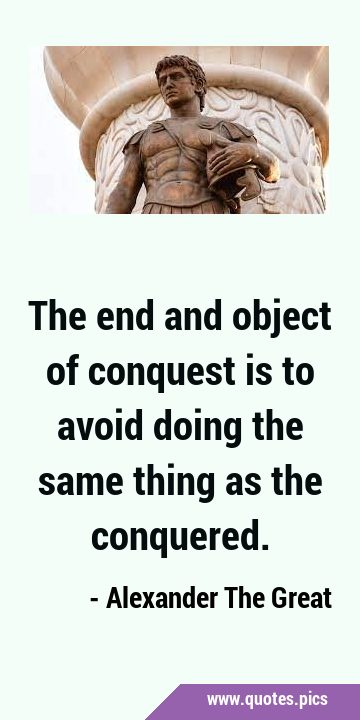 “ The end and object of conquest is to avoid doing the same thing as the conquered. ”

Previous Next Alexander The Great

Supreme excellence consists of breaking the enemy's resistance without fighting.

The supreme art of war is to subdue the enemy without fighting.

The greatest and most powerful revolutions often start very quietly, hidden in the shadows. Remember that.

The only good human being is a dead one.

Battles are lost in the same spirit in which they are won.

An appeaser is one who feeds a crocodile, hoping it will eat him last.