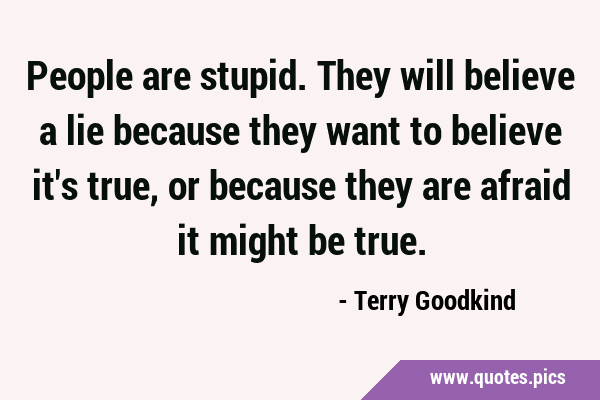 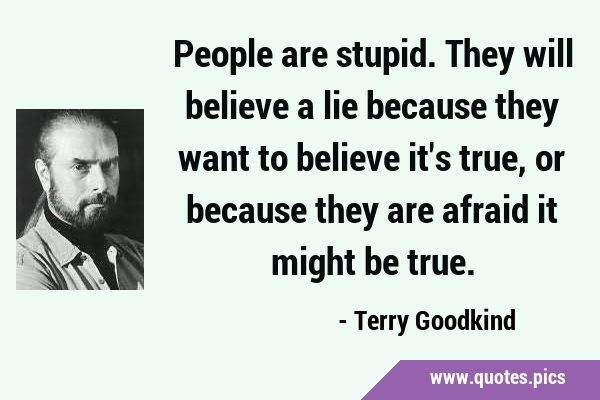 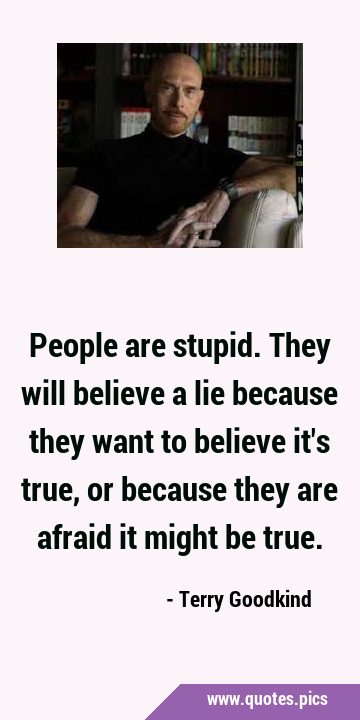 “ People are stupid. They will believe a lie because they want to believe it's true, or because they are afraid it might be true. ”

How easy it is to make people believe a lie, and [how] hard it is to undo that work again!

If you repeat a lie often enough, people will believe it, and you will even come to believe it yourself.