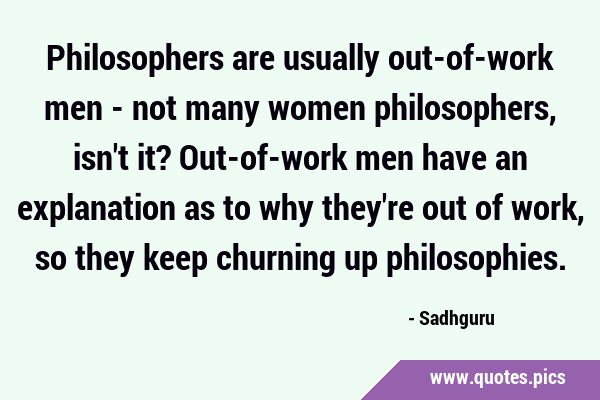 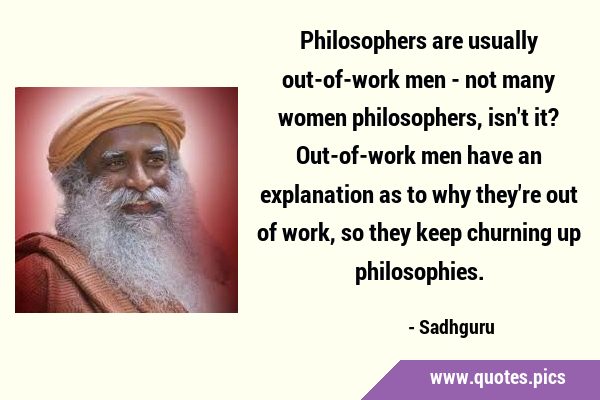 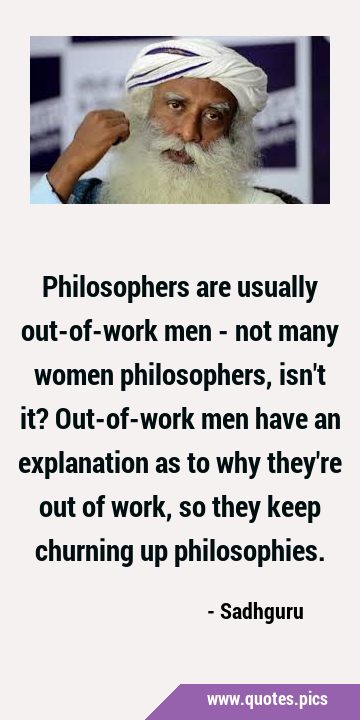 “ Philosophers are usually out-of-work men - not many women philosophers, isn't it? Out-of-work men have an explanation as to why they're out of work, so they keep churning up philosophies. ”

I always arrive late at the office, but I make up for it by leaving early.

Women have a much better time than men in this world; there are far more things forbidden to them.

"A woman needs a man like a fish needs a bicycle." I really hate this expression. I bet fish would totally want bicycles.