Warning: Undefined array key "pt" in /home/chilokac/public_html/quotes.pics/core/quote.php on line 483
 Spirituality is not about being super-human, this is about realizing that being human is super. It's extraordinary because lot of people have denied t
⋮ Random WittyFearCourageFreedomSuccessHopeGodSpiritualityReligionHappinessPhilosophyRelationshipPeaceFailure
HumorHeartChangeFriendshipForgivenessLeadershipKindnessWomenDeathAdviceArtBeautyBeliefChoiceDesireDreamsEducationExperienceFaithFamilyFeelingHistoryKnowledgeMarriage
GodSpiritualityReligionHappinessPhilosophyRelationshipPeaceFailureMindNatureOptimismPainPatiencePerspectiveRealityRomanticShortSoulStrengthSufferingThoughtWar 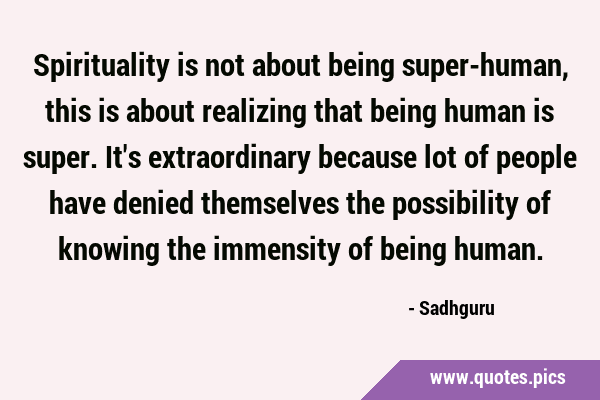 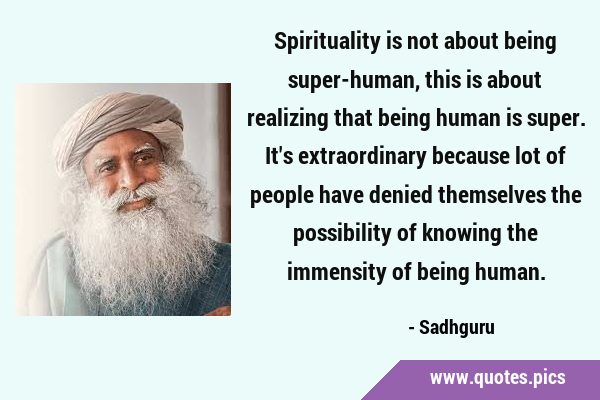 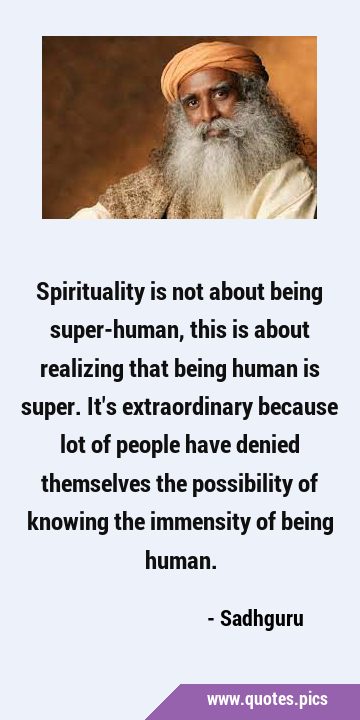 “ Spirituality is not about being super-human, this is about realizing that being human is super. It's extraordinary because lot of people have denied themselves the possibility of knowing the immensity of being human. ”

Once you have come as a human, you are not trapped anymore, other creatures are trapped in their own instincts, beyond that they cannot think, you have instincts for survival, but you have the possibility of going beyond instincts

A human being is a highly sophisticated mechanism. If you are in proper tune, you are capable of perceiving the whole cosmos within yourself

Spirituality isn't about going to a jungle. It's about living a full-fledged life. You want the full cake, not a cut.