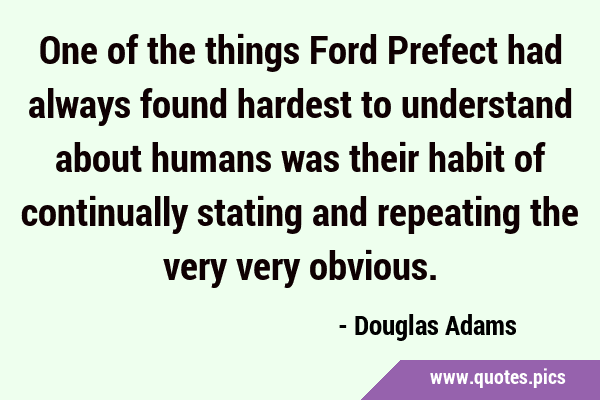 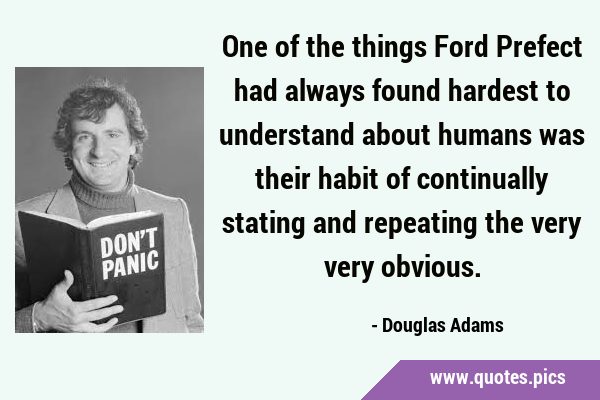 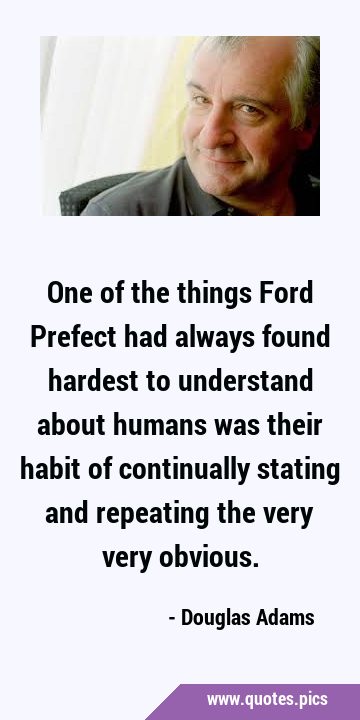 “ One of the things Ford Prefect had always found hardest to understand about humans was their habit of continually stating and repeating the very very obvious. ”

Source: The Hitchhiker's Guide to the Galaxy

It is in vain to say human beings ought to be satisfied with tranquility: they must have action; and they will make it if they cannot find it.

Technology is not only the thing that moves the human race forward, but it's the only thing that ever has. Without technology, we're just monkeys playing in the dirt.

It's funny how humans can wrap their mind around things and fit them into their version of reality.

I wrote the story myself. It's about a girl who lost her reputation and never missed it.

Clothes make the man. Naked people have little or no influence on society.