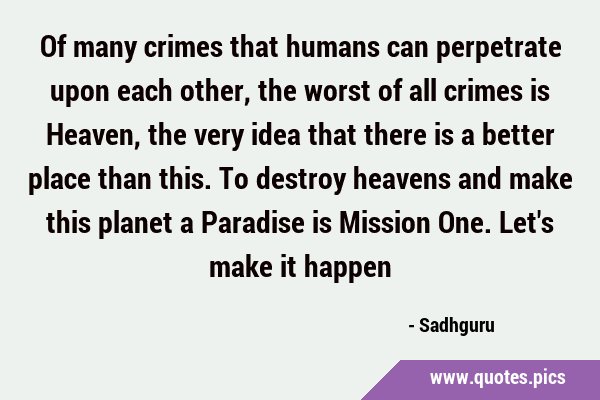 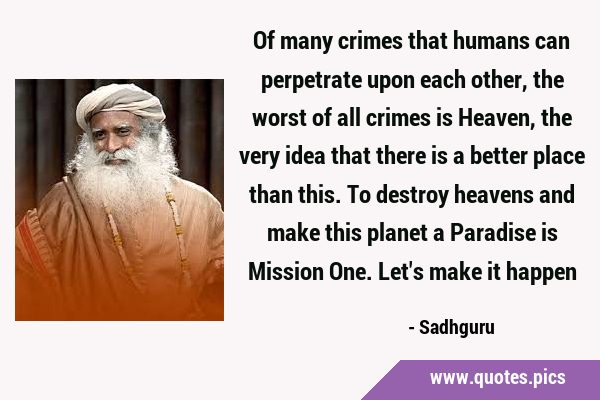 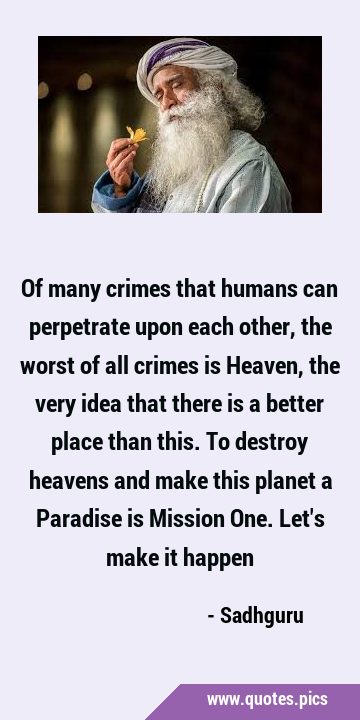 “ Of many crimes that humans can perpetrate upon each other, the worst of all crimes is Heaven, the very idea that there is a better place than this. To destroy heavens and make this planet a Paradise is Mission One. Let's make it happen ”

The good thing about science is that it's true whether or not you believe in it.

Too many human beings are crippled either with fear or with guilt. This crippling of Humanity is passing off as Religion

If you lose your humanity just because someone is doing something stupid in the world, have you done any good to yourself or the world that you live in?